The Origin of the MOBA: Aeon of Strife and Defense of the Ancients 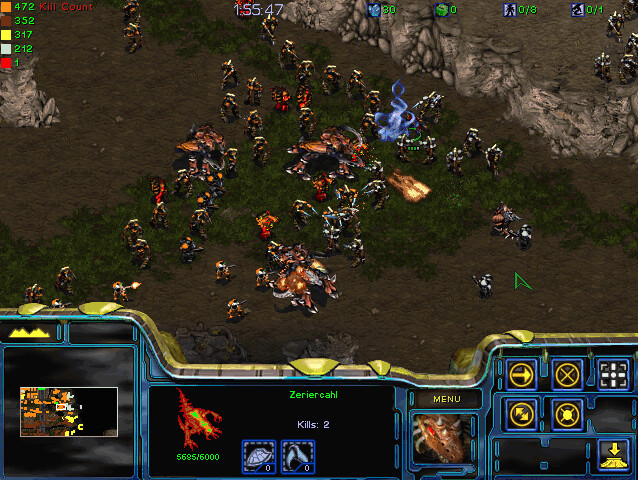 About three years ago I began an investigation I never had the chance to complete due to life and work that I have decided to come back to now that I am putting my affairs in order and moving onto a new faculty position in August. I became interested in lost media and particularly the case of Aeon of Strife and the original Defense of the Ancients.

This was out of a combination of both concern for media preservation and nostalgia as Aeon of Strife, the grandfather to the MOBA genre, is a Starcraft: Brood War map that I used to play back in early 2002. Starcraft’s StarEdit was the first level editor I used for game development back in 1999 and was my introduction to level design, environment art, set dressing and mechanical design.

So back in 2015, I began a 2 week long round of internet sleuthing that I completed but never compiled into an article. Today I would like to clear up the actual history of the MOBA genre and provide the public with the first versions of these maps.

For those of you who don’t know, Aeon of Strife was one of the most popular custom maps (also called UMS maps) on Starcraft: Brood War and subsequently Warcraft: Reign of Chaos (or RoC) for a short period of time. Almost immediately after it came out, a series of imitators came into existence, of these imitators was an Aeon-of-Strife-style (AoS-like) map called Defense of the Ancients (now referred to as RoC-DotA) by an enigmatic mapper named Eul.

This spawned a series of variants from multiple different users, such as DotA: DX, TFT DotA, DotA Outland, DotA EX, Darkness Falls, and DotA 2 (not Valve’s). Each of the different maps was compiled together into DOTA: All-Stars several years later by Meien and Ragn0r in 2004 and from there the rest is well-trodden history with Neichus, Guinsoo, and IceFrog with the development of League of Legends and DOTA 2.

The Myth of Aeon64

It is often attributed for years now that Aeon64 made Aeon of Strife. I saw a powerpoint presentation from either Valve or Riot Games which mentions this on a single line which ended up spawning the myth. I have not been able to locate a source for this powerpoint or who claimed it, if somebody can find the keynote presentation that said this please post it. All of the articles and wikia pages source nothing for this claim.

However, I am 100% certain that Aeon64 never existed or was involved in the development of Aeon of Strife. I couldn’t find any references to him, couldn’t find any posts mentioning him before 2008 on Google/Wayback Machine/Angelfire/Tripod/Geocities or otherwise, and to further confirm this, I scraped every single Starcraft map known on the internet.

Due to this, I currently have the largest repository of Starcraft maps in the world. I was able to extract 40,069 UMS maps out of approximately +100,000 links spread across every website on Web 1.0 and now. I looked through every copy of Aeon of Strife and there is not a shred of evidence of anyone with that name in a map timestamped from 1998-2002.

I even investigated some of the articles posted online at the time, specifically this one by Sky|3lazer for the Mittani, and the image shown is not from Aeon but a map made in 2008 called Starcraft DotA. In fact, every video or image online shows this map and not the original Aeon of Strife. Additionally, I can’t determine what map this is, however, 1998 is highly unlikely as this map was made using SCMDRAFT which came out only in 2001.

So there really is effectively no evidence of Aeon64 that I could locate anywhere online, but there is a mapper mentioned in every version that I could track down before 2003: Gunner_4_ever

The Grandfather of the MOBA genre

Gunner_4_ever at the time was one of the best map makers for the original Starcraft: Brood War scene. Between March of 2001 and July of 2004, he was one of the top five memorable map makers. He created Run Like Hell, Defense to Hell, Rampage, Sabotage, Civilization 2, Gundam Wing RPG, Hunt and Collect & Aeon of Strife V2.

I was able to find a link in most of these maps all pointing to his website and his email at taijeron2000@hotmail and his guestbook was and still is pretty upfront about his real name. There is only one Nick Taijeron on LinkedIn (in English at least) and he confirmed this was his website and that he agreed to interview me a few days later.

Gunner was able to send me a copy of a disk he had in storage labeled "SC STUFF" unmodified which was a snapshot of a bunch of maps from 2004, number of which no longer existed online when I scanned it for duplicates. Among them was Aeon of Strife 1 along with all the development copies and an unfinished copy of Aeon of Strife 3.

Much of the following is paraphrased bullet points from the interview I conducted back in 2015:

From the very original copy, Aeon of Strife effectively set all of the groundwork that would come.

Valley of Dissent and RoC-DOTA

Much of the known information about DotA's history comes from a user on Reddit named lestye who has been dubbed the unofficial DOTA historian. They were able to give me a number of different DOTA maps, but none were anywhere near a 1.0 version of the map. The earliest known reference I found was to Defense of the Ancients 2.3 on March 3, 2003. Wargaming101 was the original home of DOTA before playdota.com and later on, DOTA became its own distinct category instead of being lumped in with the other AoS-like maps.

Defense of the Ancients was made by Kyle Sommer, AKA Eul (short for Eulogy) created the map at some point between July of 2002 and March of 2003. It is still referred to by Eul himself as an AoS map, although a user named Karukef apparently created Valley of Dissent off of Aeon of Strife and VoD was the actual basis for Defense of the Ancients. I was able to validate this claim from playdota’s FAQ. I was able to locate only a single copy of this map in the world off of a polish file storage website that had been sitting there since May 2013. This site does not preserve metadata so I cannot confirm when this or any file on there was made.

Defense of the Ancients 1.0 Discovered?

Now earlier today, I decided to investigate this user’s page some more and found the following maps also listed on http://chomikuj.pl/sobieraj.ds/ and as it turns out this person has several copies of RoC-DotA including the most likely candidate I have found for an original copy of Defense of the Ancients 1.0.w3m

I can’t get any of them to work on Warcraft 3 patch 1.21, but I did try my best to decrypt the map and I could at least get the units listed. This is an image of the original roster from almost 17 years ago. This is the roster history compiled by u/lestye and as you can see from above that Knight Davion, Stealth Assassin, Ryali, and Naix are some of the holdouts to this day.

If anyone is able to decompile these maps or get them running and I can provide more files or information, email me at me@daviddannelly.com. So for posterity and preservation, here are the relevant maps.

The very first version of Aeon of Strife that exists since he was saving over the original file.

The last version of Aeon of Strife 2 made by Nick before he started making EXTREME and INSANE versions for hardcore players.

The final version of Aeon of Strife Nick worked on before moving on.

This is a snapshot of all of Nick’s maps with unchanged date modified timestamps along with everything he downloaded.

Oldest known copy of Aeon of Strife for Warcraft that has a timestamp associated with it, uploaded on September 17, 2002 by Dragon-King.

This is the only copy of this map I can track down and I can’t get it to run on 1.21 RoC or TFT

These are the maps I pulled off of the polish storage website, I need someone who can get footage of these playable

These all of the maps I collected from the internet from 20 different websites back in 2015.

All of the files from this user backed up and available for download.